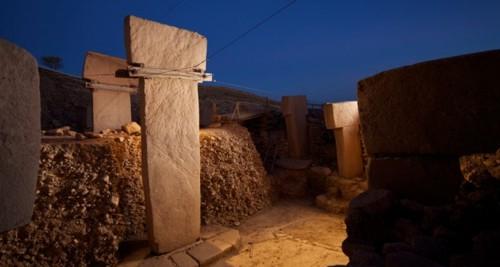 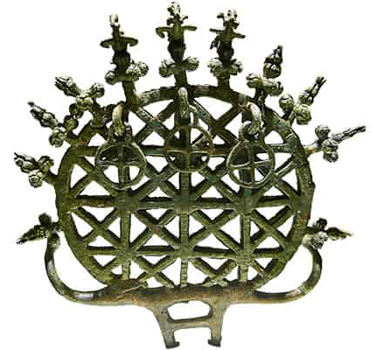 Göbekli Tepe (pronounced [ɟøbekˈli teˈpe]), Turkish for "Potbelly Hill", is an archaeological site in the Southeastern Anatolia Region of Turkey, approximately 12 km (7 mi) northeast of the city of Şanlıurfa. The tell has a height of 15 m (49 ft) and is about 300 m (980 ft) in diameter.It is approximately 760 m (2,490 ft) above sea level. (source: wikipedia)

Archaeologist Klaus Schmidt has made one of the most startling archaeological discoveries of our time: massive carved stones about 11,000 years old, crafted and arranged by prehistoric people who had not yet developed metal tools or even pottery.

Humans first settled into permanent towns, farmed and then built temples, in that order, starting in 8,000 B.C. Or did they? An amazing archaeological discovery made in 1994 at Gobekli Tepe, a rural area of Turkey, has blown that hypothesis apart, prompting new questions about the evolution of civilization. Containing multiple rings of huge stone pillars carved with scenes of animals and dating to the 10th millennium B.C., Gobekli Tepe is considered the world's oldest place of worship.

Yet evidence also suggests the people who built it were semi-nomadic hunters, likely unaware of agriculture, which followed in the area only five centuries later. Because of Gobekli Tepe, archaeologists now have to ask which came first.

Did building projects like this lead to settlement, and not vice-versa, as always thought?